NITE Team 4 is a hacking simulation and strategy game with Alternate Reality Game elements connected to The Black Watchmen universe. You play as a new recruit in the sophisticated hacking cell, Network Intelligence & Technical Evaluation (NITE) Team 4. Engaged in cyberwarfare with black hat groups and hostile states, you will be in a struggle to penetrate highly secure targets. Your job is to use the STINGER hacking platform to infiltrate hardened computer networks and coordinate strike teams on the ground to carry out missions that feature real espionage tradecraft terminology taken from leaked NSA documents. 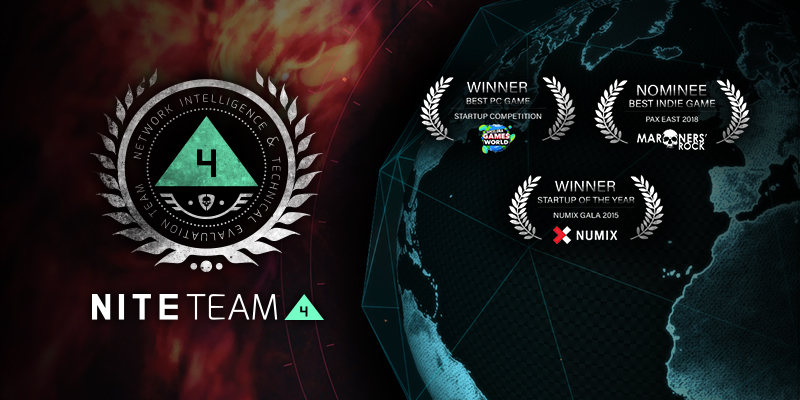 WHAT OUR PLAYERS ARE SAYING

During research for our Alternate Reality Game The Black Watchmen, our development team frequently came across stories related to the world of government hacking groups and intelligence analysis. We realized the world of specialized military hacking units has yet to be fully explored in video games.

Alice & Smith wants to do this important topic justice. Our development team has been making engaging games for over 7 years. We focus on innovative content rooted in the real world to transport our players to an alternate reality. Our games have brought players from over 129 countries together to spend more than 320,000 hours working to solve complex puzzles, research online and perform complex spycraft missions. Alice & Smith seeks to apply all this experience to the world of cyberwarfare in NITE Team 4.

Discover how we created an immersive experience for the last two years in our 84-page behind-the-scenes development report.

stay up to date on nite team 4